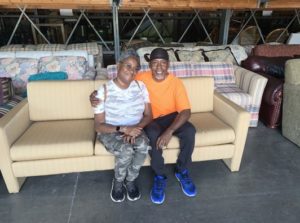 Vidette and her husband, Christopher, 4-year-old son, Micah, and Vidette’s mother, Dorothy, were upstairs in their townhome dancing to oldies music when their dog started barking downstairs.

It was about 2 p.m. on a Saturday in March when the family heard a knock on the door but ignored it, assuming it was an Amazon delivery.

Micah ran downstairs to check on the dog and opened the door to see who was knocking. It was a neighbor alerting the family their Altamonte Springs townhome was on fire.

“Our son ran upstairs to tell us he saw a fire outside,” Vidette said.

Christopher, a retired U.S. Air Force fireman, said he attempted to extinguish the fire with buckets of water, but it was too late. The fire intensified, so the family grabbed their dog and evacuated.

“We only lived there for a year and had just bought new furniture,” Vidette said. “We lost everything,”

The cause of the fire was unknown, the couple said.

After the fire, Vidette and Christopher said they stayed in at least a dozen hotels before they found a new place to live in July.

Vidette’s employer referred the family to The Mustard Seed for furniture assistance.

“I’ve seen the despair and hopelessness in people’s faces having been on the other side when I was a fireman,” Christopher said. “The help we received today from The Mustard Seed is the kind of thing that keeps you from losing your sanity.”

“You can’t change your circumstances at all times, but you can change your perception. When bad things happen, it’s an opportunity for a miracle in my life and to become stronger. It builds character. When you get hot, you move your feet.”

Carly, her husband, Omer, and their 17-year-old son fled Venezuela in 2021 to escape danger for speaking out against the country’s tyrannical government. They took a bus to Colombia, then flew to Mexico and crossed the border into the United States to seek asylum. They were political activist…

It is with sadness that The Mustard Seed of Central Florida announces the passing of Carol Kane. Carol founded The Mustard Seed in 1984, and officially incorporated the mission into a nonprofit in 1988. Carol saw all who experienced homelessness simply as God’s children in need of assistance, and … read more 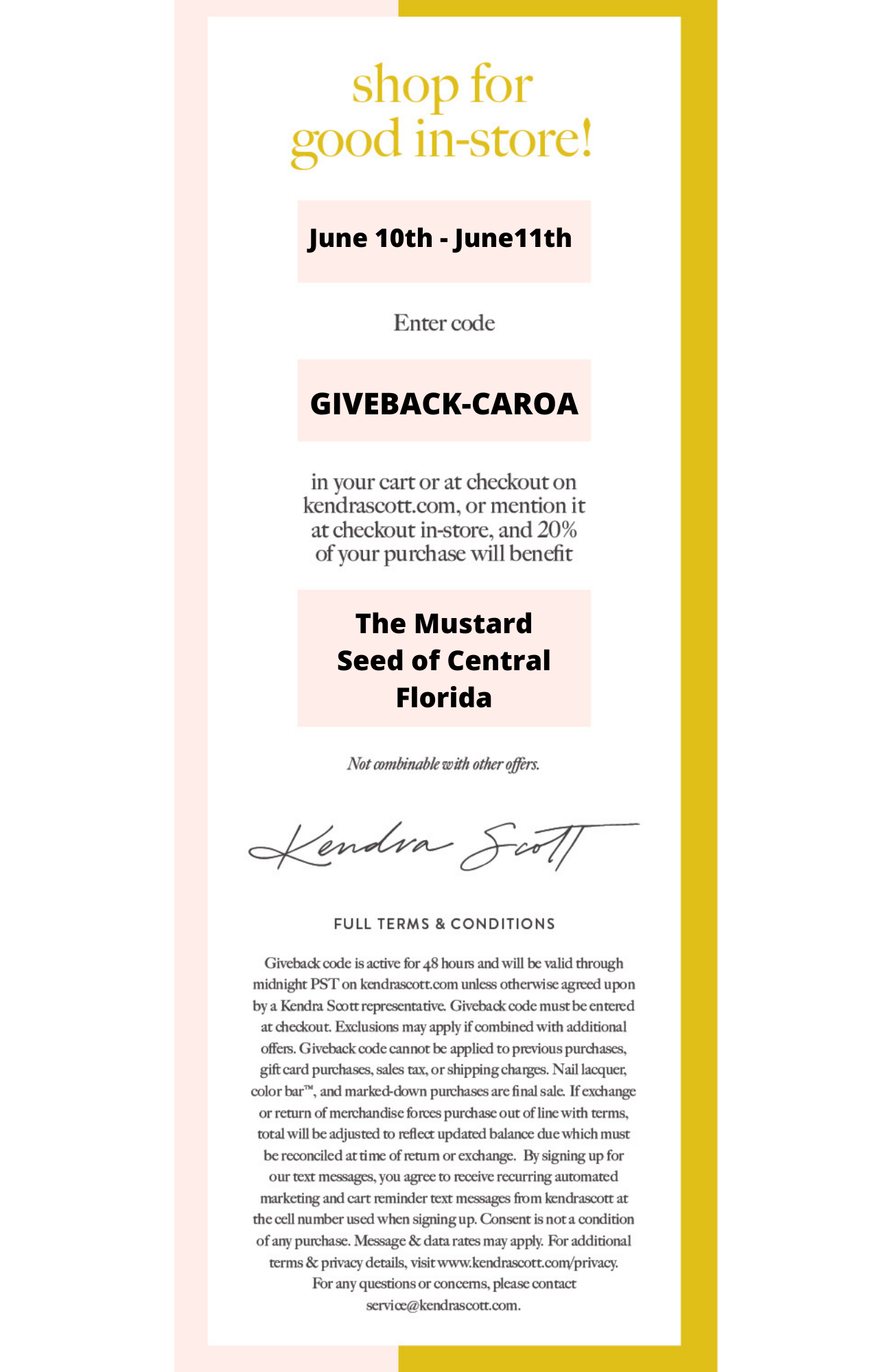 Kendra Scott Gives Back to The Mustard Seed!

We’re teaming up with Kendra Scott again for its give back event! Shop Kendra Scott’s fashionable, high-quality jewelry online or in-store on
June 10 and 11, 2022,  mention the give back code GIVEBACK-CAROA, and 20% of the proceeds from your purchase will be donated to The Mustard Seed!