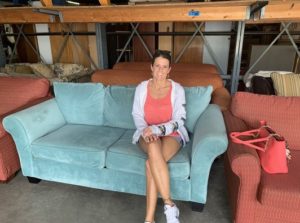 Carissa, 32, said she struggled with mental illness and substance abuse since age 15.

After 18 months of staying at a substance abuse treatment facility where she received counseling and support from peers, she transitioned to a new apartment of her own.

Thanks to YOU, Carissa no longer sleeps on an air mattress or eats off paper plates on the floor. She received 13 pieces of furniture, linens and pots and pans from The Mustard Seed to make her house into a home.

“I am so very grateful to be alive and healthy today,” Carissa said. “Now, at 32, I have finally decided to turn my life around and get help. I lost everything through my addiction, including custody of my now 5-year-old daughter.”

Carissa’s mother has been taking care of her daughter since the child was 2 years old. Carissa said she will be regaining custody of her daughter soon. But she now finds herself unemployed.

When Carissa admitted herself into a drug recovery center, she landed a job as a server at a national restaurant chain where she worked for 18 months. However, about a month before Carissa moved into her new apartment, she was laid off because of the COVID-19 crisis.

Carissa said she saved up money – only enough to secure an apartment and buy a car for the first time in years – while she was receiving substance abuse treatment. Prior to buying a car, Carissa said she walked everywhere or took public transportation. Carissa said thankfully she was able to apply for unemployment benefits. Carissa no longer has to worry about being able to afford home furnishings, which lifts a huge weight off her shoulders, she said.

“I will forever be grateful for everyone involved in making The Mustard Seed function in helping others,” Carissa said. “I hope to continue to help others in our community as well, by sharing my story and hoping to encourage others that living mentally stable and sober is possible if you do the work.”

Megan, 28, said she was working at her dream job in New York City as a restaurant manager in Times Square when she decided to move back home to Orlando. She temporarily moved in with some friends until she could save enough money to obtain her own apartment. In January, Megan landed a job as a bar …

Natalia walked into The Mustard Seed feeling sad and defeated. However, after receiving clothing assistance, she left smiling with her spirits lifted, thanks to YOUR kind support. A storm destroyed a large portion of Natalia’s Sanford home after a tree crashed through the roof. She shares the hom…

Nicholas had been living in an apartment with only an air mattress for five months and used it to sleep and eat on. Thanks to YOUR kind support, Nicholas doesn’t have to choose between buying food or furniture. Nicholas, who was born blind in one eye, works at Lighthouse Central Florida – a… 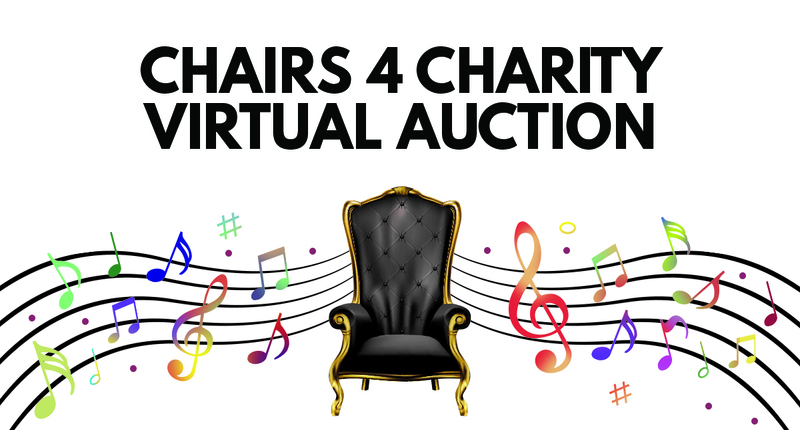 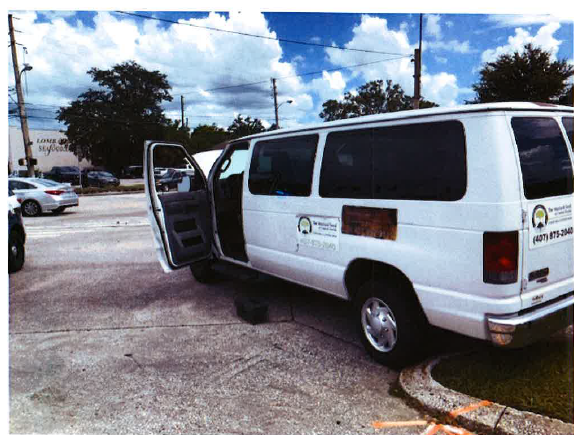 The Mustard Seed’s passenger van was stolen, and we need your help!

The Mustard Seed used the passenger van for picking up donations, delivering needed items to families, commuting volunteers from our community agencies, and attending outreach events. It’s imperative to our operation to have a va… read more